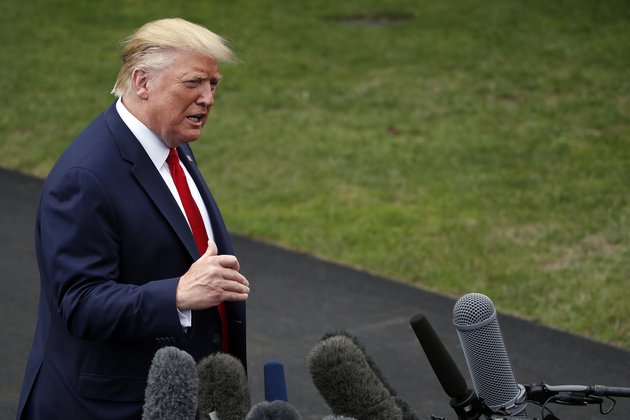 Trump Says He Could Ease Sanctions if Iran Wants to Talk

U.S. President Donald Trump again dangled the possibility of easing U.S. sanctions on Iran if it can bring President Hassan Rouhani to the bargaining table.

"We will see what happens," Trump told reporters at the White House Wednesday. He said Iran wants a deal because "they have tremendous financial difficulty and the sanctions are getting tougher and tougher."

Trump added that the U.S. is not looking for regime change in Iran and said the country has "tremendous potential."

Trump spoke two days after firing National Security Advisor John Bolton, who opposed any talks between the U.S. and Iran.

Iranian President Rouhani has already ruled out meeting with Trump as long as sanctions are in place. He said Wednesday such talks would be "meaningless."

"The Americans must understand that bellicosity and war-mongering don't work in their favor. Both...must be abandoned," he said.

Trump pulled the United States out of the 2015 international nuclear deal with Iran last year and reimposed sanctions that were lifted under the agreement.

Iran has started backing away from parts of the agreement and threatens to boost its uranium enrichment unless the remaining signatories help its battered economy.

Trump has said he wants to renegotiate the nuclear deal if Iran can "forget about "enrichment.