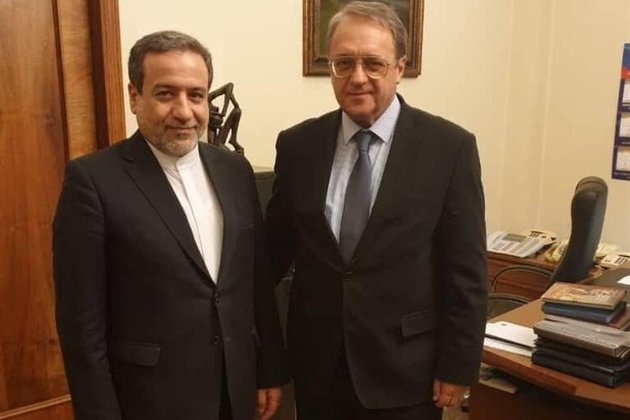 TEHRAN (Tasnim) - Iranian Deputy Foreign Minister Seyed Abbas Araqchi and his Russian counterpart, Mikhail Bogdanov, held talks in Moscow on a range of issues, including the latest regional developments in the Middle East.

During the meeting, held in the Russian capital on Friday, November 8, Araqchi and Bogdanov exchanged views about the developments in Iraq, Yemen and Lebanon and the situation in the Palestinian territories.

"During a confidential exchange of opinions on the situation taking shape in the Middle East, the parties attached primary significance to the development of the situation in Iraq, Yemen and Lebanon and the state of affairs in the Palestinian territories," the Russian Foreign Ministry said, according to the Interfax.

The two diplomats also addressed the situation in the Persian Gulf region in the context of a collective security concept proposed earlier by Russia and the Iranian Hormuz Peace Initiative, the ministry said.

"Based on the outcomes of the conversation, the parties acknowledged the importance of continuing to maintain close foreign policy coordination on relevant regional problems between Moscow and Tehran," it said.