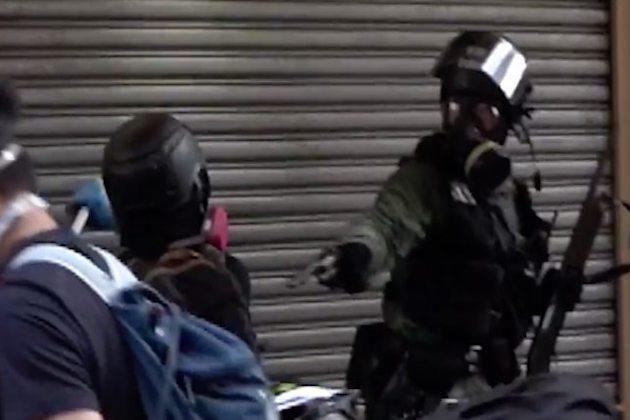 SYDNEY, Australia - Stocks in Asia spent the day sliding on Monday as confused investors tried to make sense of the Trump administration's intentions in relation to its trade dispute with China.

President Donald Trump on Friday denied reports earlier in the day by Chinese officials, and confirmed by U.S. trade officials, that agreement had been reached on deferring some planned tariffs and rolling back others.

"They'd like to have a rollback," the president said. "I haven't agreed to anything. China would like to get somewhat of a rollback, not a complete rollback because they know I won't do it."

Stocks were sold off across the board in China, Japan and Hong Kong. There was particular weakness in the Hong Kong market due to the ongoing protests and news that a protester had been shot in the chest by a police officer.

Only the Australian market finished in the black.

The U.S. dollar remained strong in the Asian session. The euro was flirting with the 3-week low of 1.1017 it touched on Friday. It last traded around the Sydney close at 1.1024.