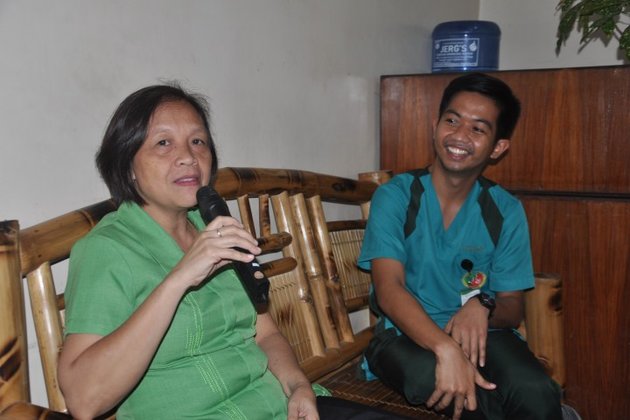 Voluntary blood donation in Bohol up

TAGBILARAN CITY, Bohol, Nov. 8 (PIA) -- Voluntary blood donation in the recent year have gone up over 300 times more than usual.

But with trauma cases on the rise, there is still a need to stock up more blood units.

NVBSP promotes voluntary blood donation to provide sufficient supply of safe blood and to regulate blood banks, while inculcating public awareness that blood donation is a humanitarian and, thus, a heroic act.

A program under the Department of Health (DOH), the target is to be able to stock up on blood for least one percent of the entire population.

With about 1.3 million population, Bohol would ideally have to store 13,000 units or about a thousand units in a month.

But the local collection has been far from the ideal until recently, Israel shared.

Also noted is the reversed trend from blood replacement to voluntary donation as the main source of supply, a comparative tracking chart on blood collection here between 2012 to 2018 showed.

According to the data provided by GCGMH Blood Bank Section Head Nestor Bompat, voluntary blood donation in 2018 reached an unprecedented 8,641 blood units, from a very low 340 blood units seven years ago in 2012.

That same year, hospital blood centers were able to collect 5,120 blood units from replacements as patients and their relatives labored to bring a blood donor to the hospitals so the family could replace any blood unit used by their patients.

This was amidst all the government interventions to stock up on fresh whole blood as a life saving measure to help replace lost blood due to injury or surgery.

In 2012, for example, blood from voluntary donations only comprise 15 percent, compared to the 85 percent from blood replacements.

But in 2018, of the 11,285 blood unit collected for the entire year, 8,641 blood units were sourced out from voluntary blood donation while only 2,644 have been collected as replacement blood.

"We have been going to the barangays, LGUs, schools, companies, religious groups and other possible source to explain to them about the importance of blood donation and the need to stock on them with the increasing number of hospital cases needing blood transfusion," Israel said.

Then when the government included in its scorecards for LGUs the NVBSP, things even got better.

Schools also contributed about two percent of the entire activities this year.

While there are already positive signs of increase, GCGMH Chief Dr. Mutya Kismet Macuno is also apprehensive that the trauma victims arriving at the hospital emergency rooms are also on the rise.

Vehicular accidents are among those with the biggest need for blood transfusion during surgery or to replace certain lost blood components.

Other than trauma victims, other hospital treatments that need more blood supply for transfusion are cancer patients, dengue patients, and those undergoing ceasarian delivery. (rahc/PIA7/Bohol)