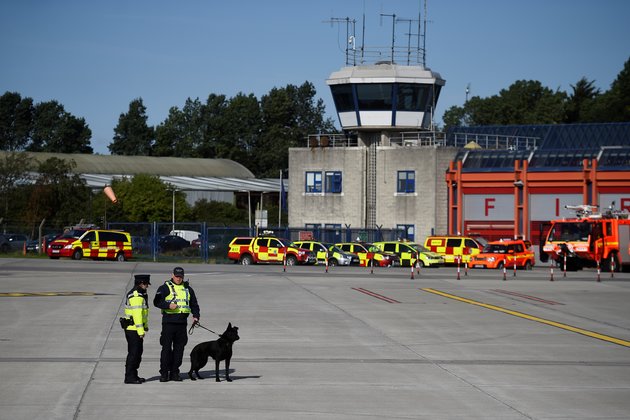 Former Irish Soldier Who Joined IS Arrested in Ireland

DUBLIN, Ireland - An Irish citizen, who converted to Islam, traveled to Syria to join Islamic State and ended up marrying a British militant, has been arrested on arrival at Dublin airport pn Sunday.

Lisa Smith, 38, who served in the Irish Defense Forces before going to Syria, had been deported from Turkey with her 2-year-old daughter.

"On her arrival in Dublin, Lisa Smith was met by An Garda Siochana," Irish Justice Minister Charlie Flanagan said, using the Irish name for the national police force. "This is a sensitive case and I want to reassure people that all relevant state agencies are closely involved."

Irish Deputy Prime Minister Simon Coveney told Irish national broadcaster RTE that officials had been trying to repatriate Smith since learning of her presence in a refugee camp in March. He said the primary concern was for the toddler who is an Irish citizen because of her mother's nationality. The child is now with Smith's relatives in Dundalk.

Authorities plan to question Smith extensively before deciding on what action to take. She has denied fighting for IS or training female soldiers for the militancy.

Many European countries and the United States have resisted bringing back their citizens who joined Islamic State.