VATICAN CITY, Rome: For the first time, the Vatican has released information on 5,000 properties it owns, as part of a move to increase transparency about its real estate holdings.

The information about its property holdings was included in more than 50 pages of financial material the Vatican made public.

The information documented the 4,051 properties in Italy owned by the Vatican and some 1,120 abroad, not including its embassies around the world.

Some 14 percent of its Italian properties were rented at market rates, while the others were rented to Church employees at reduced rates.

Approximately 40 percent of the properties were schools, convents, and hospitals.

The documentation also detailed some investment properties owned by the Vatican in London, Geneva, Lausanne, and Paris. 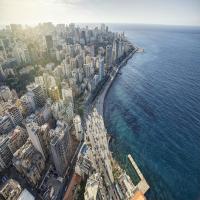