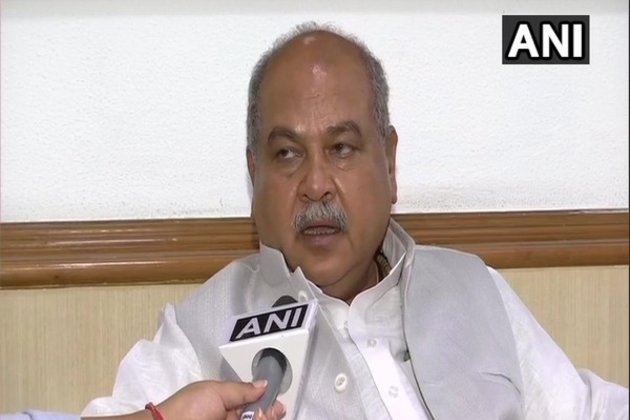 By Pragya KaushikaNew Delhi [India], July 26 (ANI): Union Agriculture Minister Narendra Singh Tomar on Monday said the government has been sensitive in its talks with farmer unions who are demanding repeal of three farm laws and is ready for discussions.

The minister said that during talks, the government gave "one-sided" proposals in favour of farmers but the protesting unions rejected them all without giving any reason.

He said the government asked farmers to come up with their proposal but they have no proposal and that's why not coming for talks.

"During talks, the government gave them one-sided proposals (in their favour). The farmers refused to accept them without giving any reason. We then asked about their proposal and asked them to come with it," the minister told ANI.

"Farmers' unions have no proposal and that is why they are not coming for talks. I want to tell farmers' unions that we are ready to talk whenever they want discussion," he added.

The government and protesting unions have earlier held several rounds of talks.

The minister said that the Modi government has been working for the welfare of farmers for the past seven years.