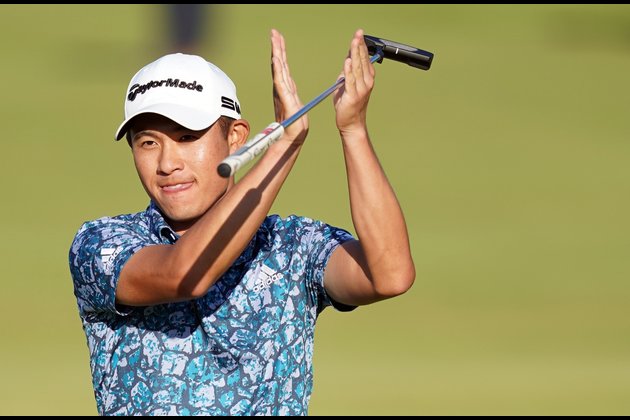 Streaming: All four rounds will be streamed at NBCOlympics.com and GolfChannel.com.

NOTES: The event format is four rounds of stroke play, with the top-3 finishers winning medals. ... Golf made its return to the Games in 2016 after a 112-year absence. None of the three medalists from four years ago (Rose, Henrik Stenson and Matt Kuchar) qualified for this year's event, where 35 countries will be represented by at least one player. ... Top-ranked Jon Rahm and Bryson DeChambeau were forced to withdraw earlier this week following positive COVID-19 tests. ... The United States is the only country that had four players qualify for the 60-player field (Justin Thomas, Collin Morikawa, Xander Schauffele and DeChambeau). DeChambeau was replaced by Patrick Reed, who is the only American to play in each of the past two Olympics. However, Reed did not have time for a practice round due to testing protocols before his arrival in Tokyo. ... Founded in the 1920s, Kasumigaseki Country Club is located about 35 miles from Tokyo and played host to the 1957 World Cup. The East Course was re-designed by Tom and Logan Fazio in 2016 in preparation for the Olympics and will play host to the men's and women's events. It features the Japanese dual-green system with each hole including one green used for summer play and the other for winter. ... The event offers world rankings points and is considered an official event on the European Tour, providing full status to the winner.

BEST BETS: Morikawa (650 at DraftKings) is clearly not bothered by unknown tournaments or courses, having won each of his first two majors in his debut at the events. ... Thomas (1100) has 14 career PGA Tour victories, with four coming in Asia. ... Masters champion Hideki Matsuyama (1200) won the 2010 Asia-Pacific Amateur on Kasumigaseki's West Course to earn his first invitation to Augusta National. However, he has not played in an event since finishing T26 at the U.S. Open more than a month ago. ... Abraham Ancer (2000) finished second at Quail Hollow, another Fazio design, earlier this year. ... South Korea will be represented by Sungjae Im (2800) and Si Woo Kim (5500), who will be exempt from military duty if they reach the podium. Both skipped The Open Championship to prepare for the Olympics.

NOTES: The 288-player event features 144 men and 144 women playing in separate 72-hole stroke play tournaments. There will be a cut to top-70 and ties after 36 holes and to the top-35 and ties after 54 holes in each tournament. All players will play one round on each course through the first 36 holes. ... The tournament is co-sanctioned between the LPGA, Ladies European and European Tours.