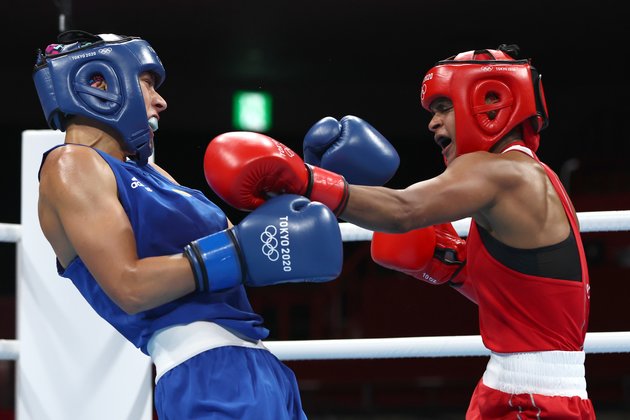 MOGADISHU, SOMALIA - Somali boxer Ramla Ali was defeated at the Tokyo Games Monday, but she still made history as the country's first Olympic boxer. VOA speaks to Somalia's boxing federation and amateur boxers about the significance of Ali's stepping into the ring.

Somali female boxer Ramla Ali lost to Romanian Claudia Nachita in the round of 16 at the Olympics Monday but her performance in the ring excited thousands of Somalis back home.

He said Ramla's representation of Somalia at the Olympics was historic and realized the dreams of boxers following years of hard work and training. He added Ali's experience will motivate upcoming Somali boxers who look up to her and believe in the spirit of flying the flag of Somalia in international boxing competitions.

Hundreds of Somalis posted messages on social media praising her courage for being the first female boxer representing a Horn of Africa country in the Olympics.

Dahir Abdile was among hundreds of supporters that watched her fight on TV in Mogadishu.

He says they had high expectations of Ramla performance in the ring due to professional training and despite the defeat, they believe she will perform well in other upcoming events.

Boxing is not one of the most popular sports among Somalis. But the few professionals like Omar Abdi Ali who train outside the country, as does Ramla, hope they will follow her footsteps.

He says he's proud of Ramla representing Somalia in the ring in Tokyo Monday and hopes to join her in the upcoming boxing competitions while jointly representing their country.

Somalia is represented by one other athlete at the Tokyo games. Sports officials say they are making plans to send more athletes to upcoming Olympics.