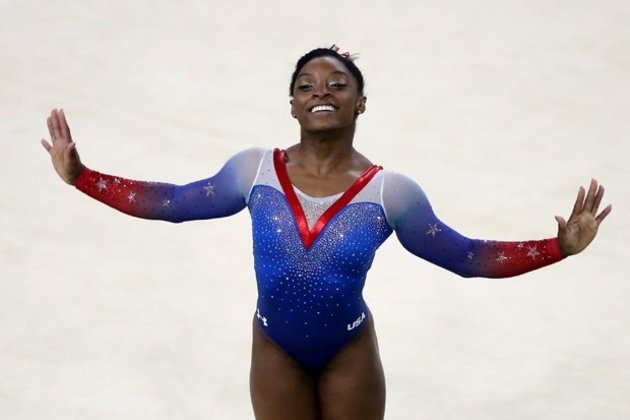 A tearful Simone Biles said "mental health concerns" were behind her shock withdrawal from the team final on Tuesday with the superstar gymnast's participation in the rest of the Tokyo Olympics now uncertain.

The 24-year-old American arrived in Japan as one of the headline acts of the pandemic-postponed 2020 Games, her diminutive frame shouldering an immense weight of expectation as she pursued a record-equalling nine Olympic titles.

Biles came into the team finals after uncharacteristic stumbles in qualifying that left the US women behind their Russian opponents.

The slate was clean however for Tuesday, but after failing to nail her opening vault Biles' night took a dramatic turn as she walked off the competition floor, causing consternation at the Ariake Gymnastics Centre.

As her team warmed up for the uneven bars, Biles re-emerged, but the US team withdrew her from the rest of the final.

She watched the action unfold alongside her teammates, clapping and even dancing, undercutting any suggestion of an injury.

The US quartet were pipped to gold by the Russians who claimed the Olympic women's team title for the first time since the 1992 Barcelona Games. Britain took a surprise bronze medal.

After she collected her silver medal -- Biles was eligible having at least started the final -- the four-time Olympic champion confirmed her shock exit was due to her psychological state.

"I have to do what's right for me and focus on my mental health and not jeopardise my health and my wellbeing," Biles said, with her teammates gathered beside her.

"I just don't trust myself as much as I used to, and I don't know if it's age. I'm a little bit more nervous when I do gymnastics," she admitted.

"I feel like I'm also not having as much fun, and I know that this Olympic Games, I wanted it to be for myself," she said, as she began to cry, and she was comforted by her teammates.

"It just sucks that it happens here at the Olympics Games. With the year that it's been, I'm really not surprised the way it played out."

Biles has spoken openly about her battle with depression after revealing she was among the hundreds of gymnasts sexually abused by former US team doctor Larry Nassar, who is now serving a life prison sentence.

She said Tuesday that therapy and medicine had helped her, but had not been enough.

"I feel like that's all been going really well but then whenever you get in a high stress situation you kind of freak out. You don't really know how to handle all of those emotions, especially being at the Olympic Games."

"Once I step up onto the mat it's just me and my head, dealing with the demons in my head."

A statement from USA Gymnastics said Biles was suffering from an unspecified "medical issue" and would now face daily assessment to determine whether she will continue her Olympic campaign.

Biles has qualified for all finals available to her in Tokyo. The next is the all-around event on Thursday.

"We are going to take it a day at a time and we'll see what happens," she said..

In a candid Instagram post on Monday the 24-year-old said she was feeling the pressure during qualifying, admitting: "I truly do feel like I have the weight of the world on my shoulders at times."

If Biles is unable to continue in Tokyo, it would mark a stunning turn of events at a Games she had been expected to dominate.

She is bidding to become the first woman in more than half a century to retain the all-around title, with Soviet gymnast Larisa Latynina's record of nine Olympic gold medals in her sights.

The US team, clearly unbalanced by the drama surrounding their talismanic leader, were foiled in their bid for a third straight Olympic title after wins in London and Rio.

Competing as the Russian Olympic Committee because they are banned from using the Russian flag and anthem due to doping sanctions, the team emulated the Russian men who won gold 24 hours earlier -- the first time in Olympic history one country has won both titles.

While the Russians celebrated, the US team put their arms around Biles.