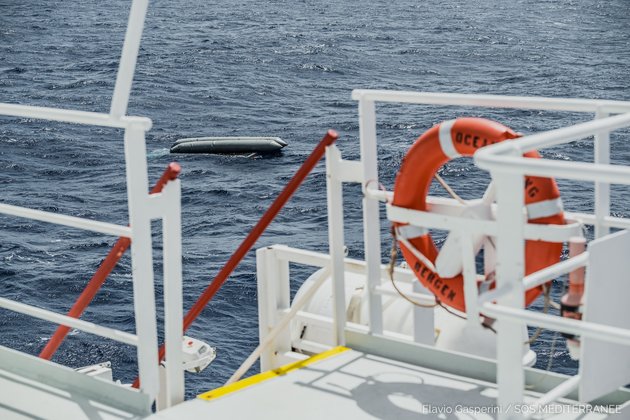 GENEVA - The International Organization for Migration says at least 57 migrants, most from West Africa, drowned Monday, when their boat capsized off the Libyan Coast.

About 70 people were on board the doomed vessel when it left the Libyan port of Khums late Sunday evening. Reports say the boat, which had embarked for Europe, ran into trouble soon after, took on water and sank.

U.N. migration agency spokesman Paul Dillion says no additional bodies have been found. He told VOA at least 20 women and two toddlers were among the missing and are presumed dead. He said survivors have been taken to the offices of the Libyan investigation's unit in Khums, where they are being assisted.

"Libyan fishermen and the Libyan coast guard rescued 18 people and brought them to shore.... Our staff, who are providing regional assistance, medical, food and water to the survivors, described them as shocked, deeply traumatized, and exhausted from their ordeal," he said.

Dillon said the survivors are natives of Nigeria, Ghana, and Gambia. He said he does not know what will happen to the migrants once they've recovered from their ordeal.

However, he said the IOM believes Libya is not a safe port of return and migrants who are picked up at sea should not be returned to Libya because of the instability in the country.

"Of particular concern are the conditions, well documented, in detention centers in the country where migrants are warehoused and routinely subject to a wide variety of well documented human rights abuses, be they extortions, sexual violence and other things," Dillon said.

Every year, thousands of people, fleeing conflict and poverty, embark on dangerous journeys across the Mediterranean Sea from North Africa to Europe in pursuit of a better life. Every year many hundreds lose their lives.

The IOM says this latest tragedy off the Libyan coast pushes the 2021 death toll on the central Mediterranean route to 970 men, women, and children. As the weather improves, the agency warns the death toll will rise as an increasing number of flimsy smuggler boats depart from Libya and Tunisia for Europe.