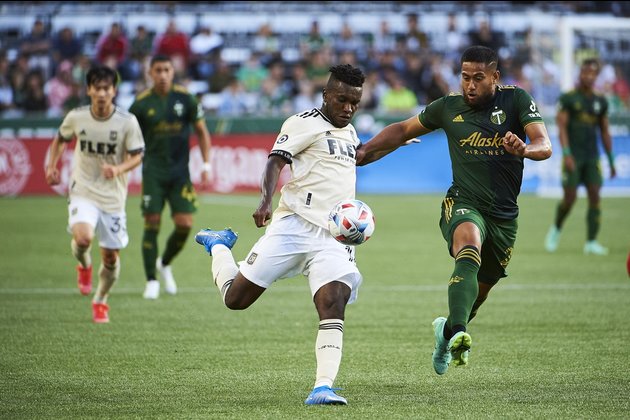 Two teams on the charge after slow starts will meet Wednesday when Minnesota United hits the road to face Los Angeles FC.

LAFC (6-5-4, 22 points) will enter their second home game in five days in the midst of some change. Midfielder Mark-Anthony Kaye was traded to the Colorado Rapids on Tuesday for $1 million in general allocation money along with an international roster slot. The Rapids also will receive LAFC's first-round draft pick in 2022.

A productive mainstay with the club, Kaye has not played for LAFC since July 3 and currently is with Canada's national team, which is preparing for a CONCACAF Gold Cup semifinal against Mexico on Thursday.

Over the past four games without Kaye, the team is 2-1-1, scoring a pair of goals in each game in which it earned at least one standings point. The recent play has given LAFC confidence that their midfield is solid with Jose Cifuentes' emergence. Cifuentes is tied for the club lead with five goals.

"Mark has a really good relationship with all the players here," LAFC coach Bob Bradley said. "The players understood his situation and weren't totally surprised."

LAFC has emerged from a 1-2-2 start to move into fifth place in the Western Conference. Minnesota United (6-5-3, 21 points) found themselves in an even deeper hole, going 0-4-0 to start the season.

The Loons are on a 6-1-3 run ever since. After a 2-0 defeat at Colorado on July 7, they registered home victories over the Seattle Sounders (1-0) last week and the Portland Timbers (2-1) on Saturday.

In an indication they are prepared to take a defensive posture Wednesday against LAFC, Minnesota United will not have striker Ramon Abila for the start of a two-game trip that also includes a Saturday game against the Vancouver Whitecaps. Abila did not play last Saturday either.

"Especially being on the road, where you need everybody to be in that real defensive shape, mentality, that is maybe not Ramon's strength," Loons coach Adrian Heath said, according to the St. Paul Pioneer Press. "Maybe at home, where you are on top and you are putting the ball in the box, maybe that."