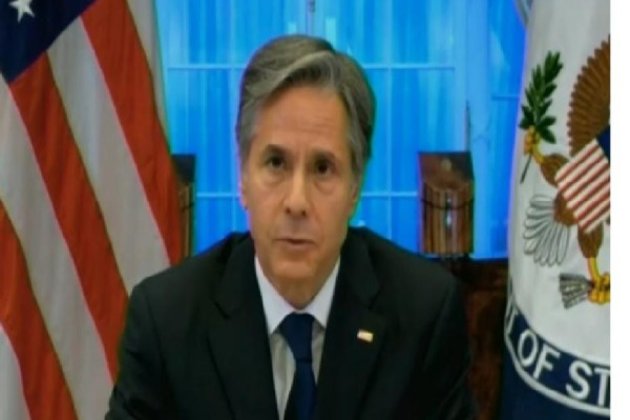 US lawmaker press Blinken on whether drone strike hit US ai

Washington [US], September 15 (ANI): US Secretary of State Antony Blinken on Tuesday dodged questions on whether the Afghanistan drone strike targeted a worker for an American aid organisation and members of his family instead of an ISIS bomber.

US lawmaker Sen. Rand Paul grilled Blinken on the matter during a Senate Foreign Relations Committee hearing on the Afghanistan withdrawal.

"The guy the Biden administration droned, was he an aid worker or an ISIS-K operative?" Paul asked, referencing a New York Times report that found that the vehicle struck was driven by US aid group worker Zemari Ahmadi, one of 10 people the Times said died in the attack.

"The administration is of course reviewing that strike and I am sure that a full assessment will be forthcoming," Blinken said, leading Paul to press the issue.

"So you don't know if it was an aid worker or an ISIS-K operative?" the senator asked. When Blinken said he could not speak to that in the setting they were in, Paul asked, "So you don't know or won't tell us?""I do not know because we are reviewing it," Blinken admitted.

Paul slammed the administration's failure to be aware of who they had targeted.

"You would think you'd kind of know before you off somebody with a Predator drone whether he's an aid worker or an ISIS-K," he said, before accusing past administrations of exhibiting similar behaviour.

Blinken faced criticism from both Republican and Democrat representatives for the second time for the "fatally flawed and poorly execute" mission that resulted in the death of 13 US service members and left hundreds of American citizens and Afghan allies behind.

Blinken defended the actions of the State Department and of President Joe Biden during the Afghanistan withdrawal that ended the U.S.'s 20-year presence in the country.

New details have emerged in recent days of the devastating drone strike the U.S. ordered in the final days of its military mission there which caused as many as a dozen or more civilian casualties.

The Pentagon has consistently said the strike prevented an imminent attack from the Islamic State group's Afghanistan branch known as ISIS-K and that other casualties were caused by secondary explosions, likely explosives hidden inside a vehicle, though a new investigation by The New York Times called that into question. (ANI)