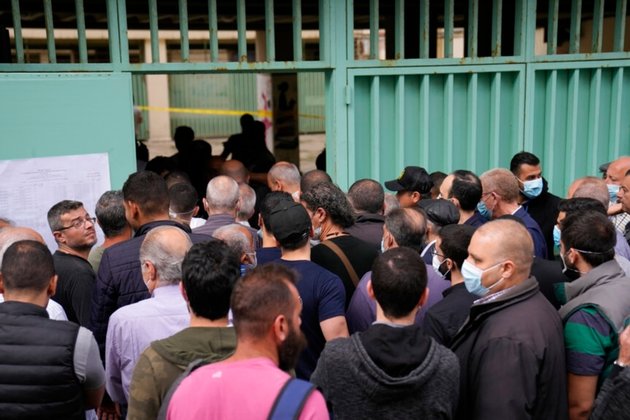 More than a dozen independents and anti-Hezbollah candidates won parliamentary seats, many for the first time, signaling a deep desire by the Lebanese for change in the moribund political structure. The Lebanese Forces, a mainly Christian party and long-time critic of Hezbollah and Iran's influence in Lebanon, secured 19 seats.

All 13 Hezbollah candidates who ran were elected. But a number of the militia's political allies lost, including some from the Christian Free Patriotic Movement, leaving the Hezbollah-led coalition with 61 seats in the 128-member legislature.

Professor Habib Malik of the Lebanese American University tells VOA that he hoped voter turnout had been stronger, in order to see greater breakthrough for the forces of change.

"The showing of the forces of change could have been much more effective with a greater turnout. Still, there were some significant breakthroughs. Some prominent pro-Syrian, pro-Hezbollah names have fallen. Some impressive holes were punched in the monolith, if I can put it that way. Not enough, but it's a start."

Analysts say the two main blocs which oppose each other - Hezbollah and the Saudi-allied Lebanese Forces-could see more political paralysis at a time when the country desperately needs unity and progress. Dania Koleilat Khatib, with the Issam Fares Institute at the American University of Beirut, comments.

"I think there will be paralysis. The Lebanese Forces very much campaigned on the issue of sovereignty, the Lebanese identity, taking back Lebanon from Hezbollah. Saudi looked to Geagea as the only one who can stand [up] to Hezbollah. How can he deliver on that without going into a clash?"

She was referring to Samir Geagea, leader of the Lebanese Forces party.

Khatib says she hopes that the independents and anti-Hezbollah forces will work together to see the start of positive change.