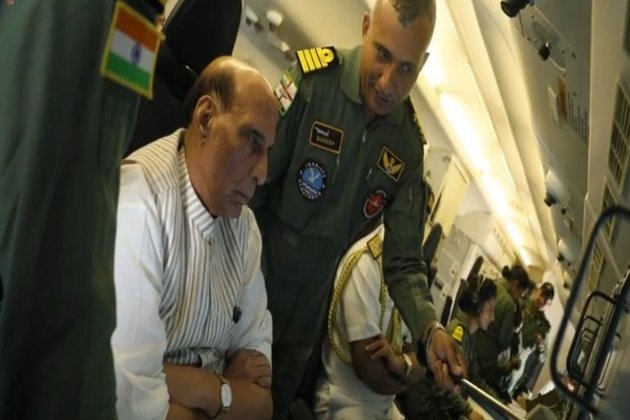 He undertook a mission sortie onboard Indian Navy's P8I aircraft along with Chief of Naval Staff Admiral R Hari Kumar and other senior Navy officers.

"My trust in the Indian Navy has increased many folds. Indian Navy is fully capable to keep the nation safe", said Singh.

"I got the opportunity to experience the capabilities of the Indian Navy closely. I have been informed in detail about the aircraft by CNS Admiral R. Hari Kumar and Commanding officer of the squadron Sudeep" he said.

"I got to know how dedicatedly and responsibly the Indian Navy is guarding the borders. I want to congratulate all of them for the service," he said.

The induction of P8I aircraft commencing 2013, has significantly enhanced the Indian Navy's persistent surveillance operations in the Indian Ocean Region (IOR). These aircraft also have been utilised along the IB/ LoC/ LAC to keep an eye on adversaries' movement. The aircraft has operated along land frontiers in conjunction with the Indian Army and Air Force to harness its multi-mission capability during tri-services operations. (ANI)