ISTANBUL, Aug. 5 (Xinhua) -- A team of representatives from the Joint Coordination Center (JCC) concluded their inspection of an empty commercial vessel in Istanbul, which is expected to sail to Ukraine to load grain, Türkiye's Defence Ministry said on Friday.

"The JCC team completed the inspection of the empty Barbados-flagged Fulmar S, which will load grain from the Chornomorsk port of Ukraine," the ministry announced on Twitter.

The first grain-laden cargo ship, Sierra Leone-flagged Razoni, leaving the Ukrainian Odesa port, passed the Bosphorus Strait on Wednesday for Lebanon after it received the green light from the inspection team in Istanbul.

It marked the first successful large shipment of Ukrainian grain to international markets as a part of the United Nations-backed deal between Türkiye, Russia and Ukraine signed on July 22.

The JCC was inaugurated in Istanbul last week. It has a total of 20 representatives from Ukraine, Russia, the United Nations, and Türkiye to monitor the implementation of the grain shipment process. 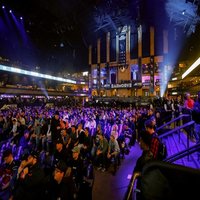